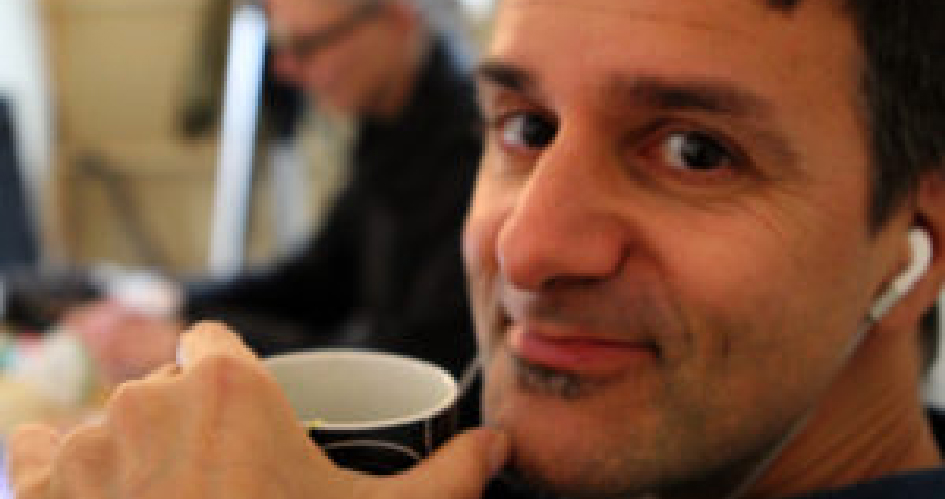 Michael is a writer and filmmaker whose work spans narrative and non-narrative genres.  He is also an audio describer and access consultant.  For the past decade, he has collaborated with Deaf and disabled artists to create film and video work that explores accessible artistic practice.

His award-winning short film, Awake, starring two blind actresses, screened at film festivals across the globe, and is currently available on BFI Player and in-flight on Alaska Airlines.  Awake was screened in a special programme at Dresden FilmFest, where Michael led a three-day workshop in accessible filmmaking for emerging German filmmakers. His most recent film Orin & Anto, explores the queer generation gap.

He has recently been award a DYCP (Develop Your Creative Practice) from Arts Council England which will enable him to develop innovative modes of audio description for narrative and non-narrative films.

His feature script, Inés, the Sister from Tehuantepec, is in development with YN Films (Canada) and Plural Filmes (Brazil). In 2016, he wrote an adaptation of Edwin Abbott’s Flatland for Extant Theatre, a company run by and for blind and visually impaired people, which was performed entirely in the dark with haptic devices. In 2011-12, he directed Fat, a live art performance by Pete Edwards that integrated captions, audio description and BSL in a UK tour and at the Edinburgh fringe.

He is an associate artist at filmpro, a London-based digital arts organisation, and a member of BFI Network x BAFTA Crew.

Written and directed by Michael Achtman

A young, nonbinary visitor to London returns to their Airbnb to find an older gay man has moved in.  In a small studio flat over one turbulent night, Orin and Anto confront the queer generation gap and decide to make space for each other.

Written and directed by Michael Achtman

Awake is a 22-min existential comedy starring blind actors Alex Bulmer and Margo Cargill. Anna, who’s chronically ill, is visited by Doreen, a door to door proselytizer who makes herself at home and stays the day, slowly defrosting her non-welcome. Together, they walk in the park, bake a cake and watch an Ingmar Bergman film.