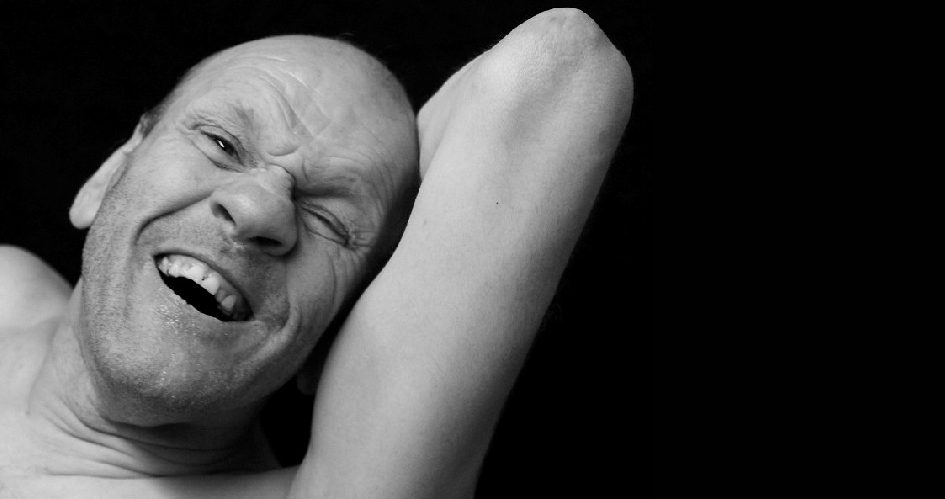 Over the past twenty years my artistic practice spans acting, devising and leading workshops. I am also a playwright and author.

In 2017 I performed in Purposeless Movements. This was devised and directed by Robert Softley, in conjunction with Birds of Paradise Theatre Company. It featured four actors with varying degrees of Cerebral Palsy and told their stories of love, family, and politics through Dialogue, movement and dance. The show first toured around Scotland, and then in 2019 it was included in the Edinburgh Fringe Festival,

Other acting work has included, 2005 I was in a production of Moliere’s George Dandin, directed by Phillip Osment, and Produced by, Graeae Theatre Company.

My solo show Fat which I wrote and performed, which was also directed by Michael Achtman.

I took Fat on tour which included DaDa Festival Liverpool where I won the “Emerging Artist Award” of 2010. I also went with the show to the Edinburgh Fringe Festival In 2012.

In 2013 I was supported by the Arts Council England, the Barbican Centre and Guildhall School of Music & Drama to design and deliver performance workshops for people with alternative forms of communication.

In 2014 I was awarded an Unlimited R&D, exploring themes of rape and sexual abuse of disabled people through a mixture of realistic and abstract scenes.

I have also delivered accessible drama workshops for RAWD in Liverpool, spoken at the Integr ART conference in Geneva and at the Live Art Development Agency’s Access All Areas conference in London.

I am currently writing a book which is based on my life, titled, Why Isn’t School More Like Shopping? Which is nearing completion, and I hope to have published in the near future.