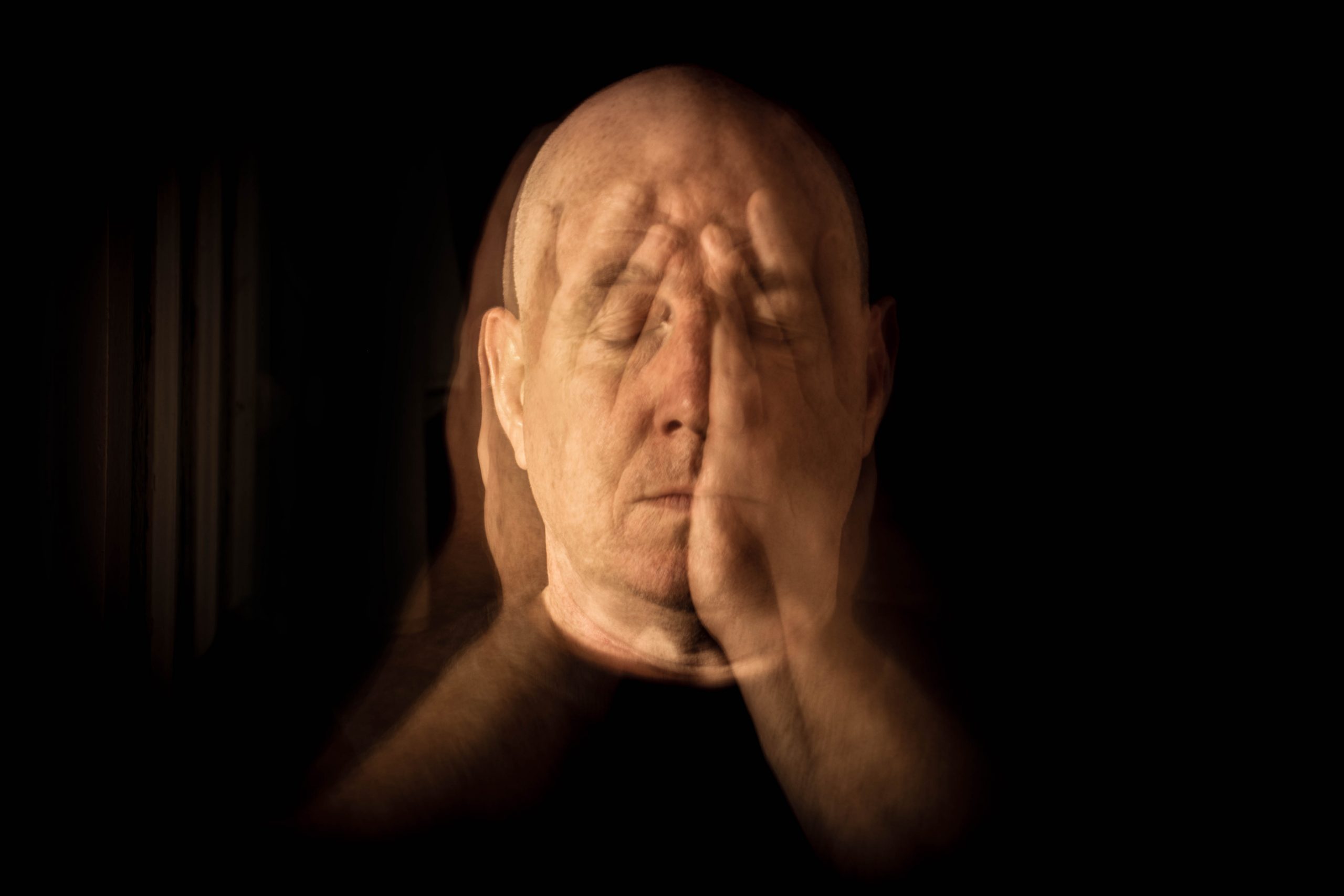 Continuing our series of artist interviews, we spoke to photographer Jon Rees about his practice, how lockdown helped him to reassess his work and the ethics of street photography. Read more below for an edited version of our conversation.

Hi Jon, thanks so much for speaking with us today. First of all, I wondered if you could tell me a about how you got started in terms of being an artist and what that journey was like for you?

Sure. Well, I’ve always been creative. Although I dropped art as a subject at 13, when I was a teenager, I was a graffiti artist, running around doing graffiti. So there has always been a creative outlet. But I would never have described myself as an artist really, until I went to art school in my late 30s. Around my mid-30s, I had sort of hit a rock bottom in my life with mental health and addiction, and becoming homeless. Everything just fell apart. But then, after I got some help, and started to rebuild my life, I started to think about what would I do and who am I. So I started to do some evening classes, like life drawing and Photoshop and stuff like that. Then that sort of quite quickly led me to being on an art foundation course. Then, without really understanding what that meant, I was preparing to go on a degree. I had never thought of that as a possibility for me. But I found myself at Byam Shaw School of Art, which was part of St. Martin’s. And I suppose that was the point where I would start to refer to myself as an artist, although I still found it quite uncomfortable.

Why do you think you still found it uncomfortable to refer to yourself as an artist?

I think coming from a working class background, and having an idea of there being a glass ceiling of what was possible for me, made it difficult. And, yeah, I suppose, in my circles and in my family, it wasn’t considered a realistic career or path. It was a hobby.

But does that feel different now?

I think I’m old enough now to just be comfortable with who I am. To understand my strengths and weaknesses, and have a bit of humility be proud of kind of what I do and who I am really?

That’s great. Tell me a bit more about your work, and what subjects interest you?

So it’s wide range. At art school, I started to explore the past through photography. I would go and visit places of significance to me, and sort of try to recreate moments that were often quite traumatic moments or things that had had a profound impact on me, things that I was still processing. These were moments that I needed to get out of myself and to see things at arm’s length, you know, and to make it into an object. I did a lot of that. And I still do it sometimes in my practice, but it’s also veered off down other avenues. I spent a long time just walking the streets, and photographing people in the streets. I was just fascinated by people and the collision of things and stories that were out there. I’ve also done quite a lot of photography to try and reflect my mental health, my mental state, my anxieties, depression. That’s been a big part of my practice. Most recently, I’m now working from a studio which used to be a homeless hostel that I had stayed in. It’s like coming full circle. The way it came about was just really strange, but I’m now back in this building, which holds all these memories for me. And I’m in this new life, trying to peel away some of the layers and the unexplored echoes of the past within this building.

Wow, that’s so interesting, especially for you as someone who works so much with the past.

One of the things we have been exploring with artists in this series, is whether your work has changed or transformed as a result of the pandemic?

Massively, yeah, it’s transformed me in a positive way if I’m honest. It’s been difficult of course because I’ve got two small children and, you know, being stuck in the house has been tough. But before the pandemic started, I was working in a full-time job, not connected to my creativity at all, but paying the bills. Quite quickly, I realised I needed to be creative in my response to the pandemic. I couldn’t just carry on pretending that it was all okay. It was too much. It was affecting me to not be exploring it creatively. So I started to do a series of lockdown portraits. On my morning exercise during lockdown, I would visit somebody and photograph them through their window. That sort of became my wellbeing tool through lockdown, really. But the more I did that, the more difficult it was turning up for the day job. I get my energy and my confidence from connecting with people, so working from home, just the screens and admin heavy job, because of the lockdown, it was really messing with my mental health. It was affecting me a lot. So I found solace in creativity. And then what happened is I came to a point where I just thought, okay, so you know, this is an opportunity to look at your life and ask can I really spend the rest of my working days doing something that doesn’t make me happy. In fact, it’s the opposite, cos it felt like it was making me ill. So I got a different perspective on my life through it. And I started working towards getting out of that job and doing something else. So that’s what I’ve done, I retrained to be a therapeutic photography practitioner. I did lots of research, tested it out. And yeah, now I’m working towards that being my career.

It sounds really amazing – well done for getting that all in motion!

Yeah, and then I’ve got a T shirt design business as well, which is raising awareness and money for particular charities. I’m doing that with a friend who also used to be graffiti artist in her younger days. Sometimes graffiti can be a bit of narcissistic art form – all about tagging your name everywhere. So we’re trying to just shift that a bit and use it for good and to raise money.

And you’re wearing one of the T shirts right now?

Yeah, it’s a design that says ‘love’, which is raising money for nurses who are in financial difficulty after the pandemic. So I’m doing that as well, and I get bits of work in-between, like photography jobs, and painting the side of a truck for a left wing stand-up comedy organisation, stuff like that.

Tell us a bit about your influences? What have seen or read or heard recently that’s inspired you.

Photography-wise, I would say one of the photographer’s that has had the biggest impact on me would be Bruce Davidson. He shot a series on the New York subway and made a book called Subway and it blew me away. I love New York, and the look of New York in the 80s. It was sort of chaotic, and he created these incredible images during that time. But you know, looking across his whole career, he’s always pushed the boundaries of documentary photography. I would say he’s somewhere in-between a documentary and an art photographer, in that, he’s always embedded himself with the people that he finds interesting. He becomes part of whichever group he’s photographing. He made some interesting work in the UK as well, in Wales. I also love Nan Goldin, who is someone who had a massive impact on me. When I saw The Ballad of Sexual Dependency for the first time, I was just absolutely blown away by the poetry that could be in a photograph, you know. So yeah, she had a massive impact on me.

I haven’t seen Bruce Davidson’s work and will definitely check it out.

I love his empathy with the subject, because a lot of documentary photographers go and get their shots without connecting. Then they leave and it’s almost exploitative. He was completely the opposite.

That’s really interesting. How do you navigate that as a photographer? Because I can imagine it gets difficult because you want to get the shot, but also, there’s the whole human dimension to it to consider as well?

It’s very difficult getting the balance. I did a lot of street photography for about three years, just walking around with a wide-angle lens. I would shoot people in the street without them knowing and for me what made it ok was I would only ever use a photograph if I felt a person look dignified. Because of my own history with homelessness and addiction, I was often drawn to people that were in a struggle, but I tried to show people in a dignified way. I think I’ve moved away from that now, from street photography like that. It felt like something I had to do and explore at the time. But now, if I’m making portraits, I’d much rather do it with people’s permission and understand their history.

Yeah, I know what you mean. So we’re getting to the end of our time today, and I wondered if there was anything else you wanted to add, or if you had any closing thoughts?

Oh, I just want to say that it’s difficult to dedicate yourself entirely to your creative practice, especially if you haven’t got financial backing behind you and you’ve got to pay the bills. But what I found when I have done it, is that the universe provides. You have to have faith! And ultimately, it’s got to be better than doing something you hate for eight hours a day.

That’s a great way to end. And, yeah, thank you again for chatting with me. I really appreciate it.