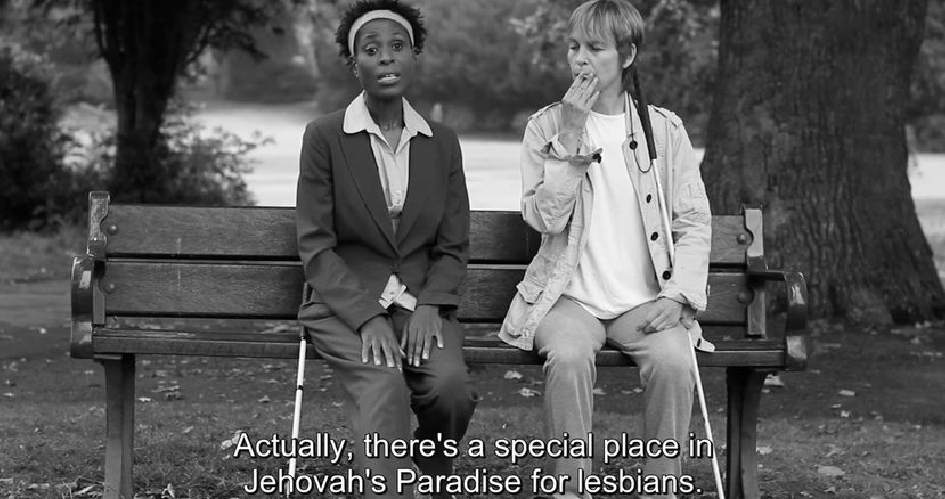 a film by Michael Achtman

(22 mins.) Anna, a woman who’s chronically ill, is visited by Doreen, a door-to-door proselytizer who makes herself at home and stays the day, slowly defrosting her non-welcome. Together they walk in the park, bake a cake and watch an Ingmar Bergman film. Both women are blind, played by blind actors Alex Bulmer and Margo Cargill in this existential comedy.