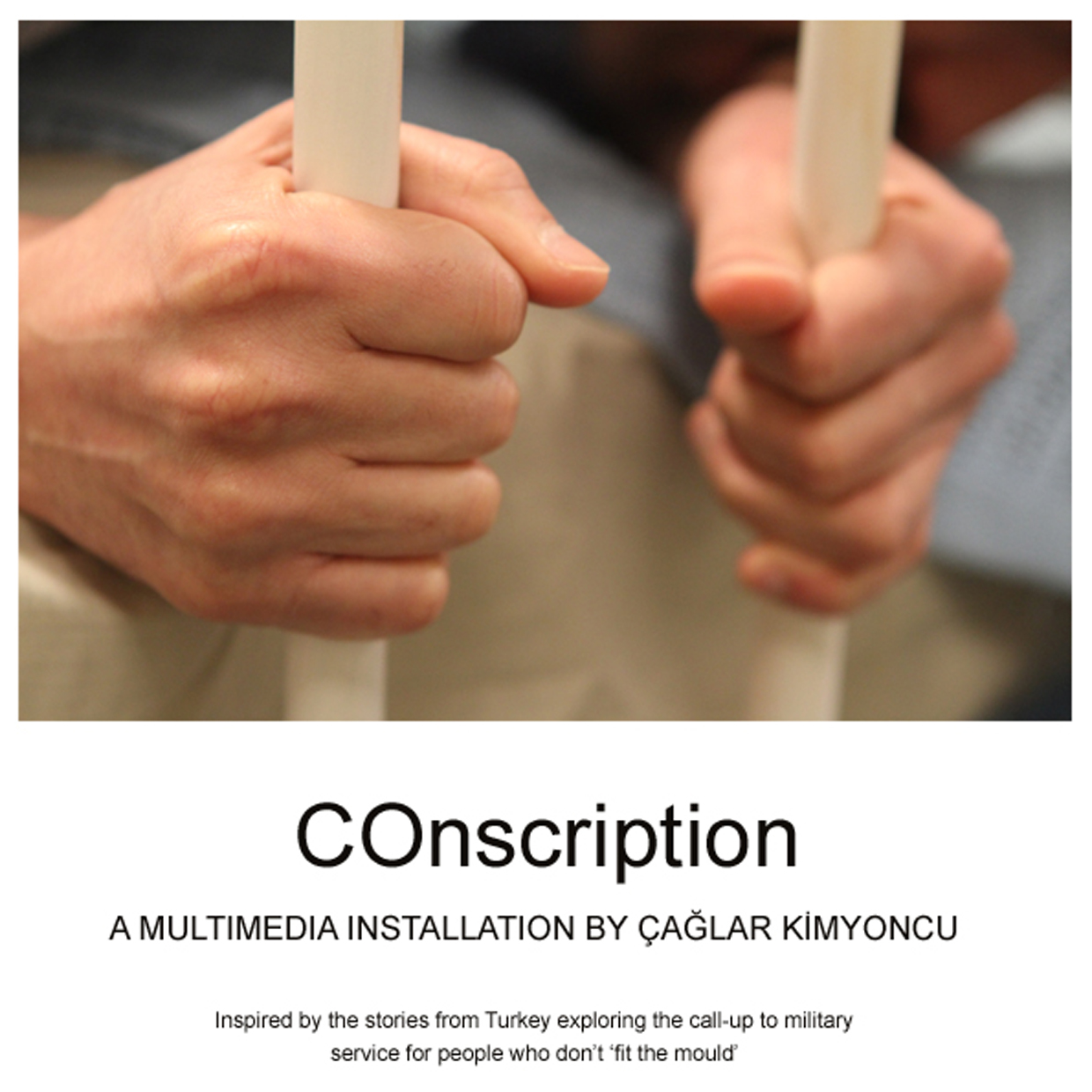 COnscription is a multimedia installation by artist Caglar Kimyoncu, inspired by stories from Turkey exploring the call-up to military service for people who don’t ‘fit the mould’

Three strangers meet in a military psychiatric ward. Each man has a story; each has his doubts about the others. All are being watched and judged. As they await their fate, they are called individually to see the doctor whose decision will influence the rest of their lives. The pressure builds, fear rises and secrets are revealed.

Will they be exempted on medical grounds? Will they refuse outright? Or will they be forced to serve?

A military hospital room is reconstructed at the exhibition space, where a four-channel film follows their story, placing the visitor in the position of an unseen protagonist, an intrigued spectator or simply a passer-by. Avoiding a judgemental or prescriptive approach, COnscription prompts the viewer to explore the position of individual within the social system, and what it means for the two to be at odds.

Read more and share your thoughts on the COnscription blog

‘You sit on or beside a bed in a cold bare hospital room. There are matching beds projected on the walls on either side of you. Three men in pyjamas speak to and interact with each other from both sides of the room. Behind you each patient is being interrogated by a doctor who appears on the fourth wall.

by Albert Beale (Peace Pledge Union), in ‘The Broken Rifle’ by the War Resisters International.

Audio Introduction to the Exhibition

Part of the Whitechapel Gallery’s ‘First Thursdays’: Thursday 2nd May

The venue is wheelchair accessible.

An audio description guide for the exhibition will be available.

Panel discussions events will be British Sign Language interpreted and have speech-to-text provision.

COnscription is the first project in ‘Conscientious Objectors‘, a series of collaborative research-based works coming from countries which use conscription and national service.

The project is supported and endorsed by the War Resisters’ International, a London based organisation that exists to promote nonviolent action against the causes of war, and to support and connect people around the world who refuse to take part in war or the preparation of war.