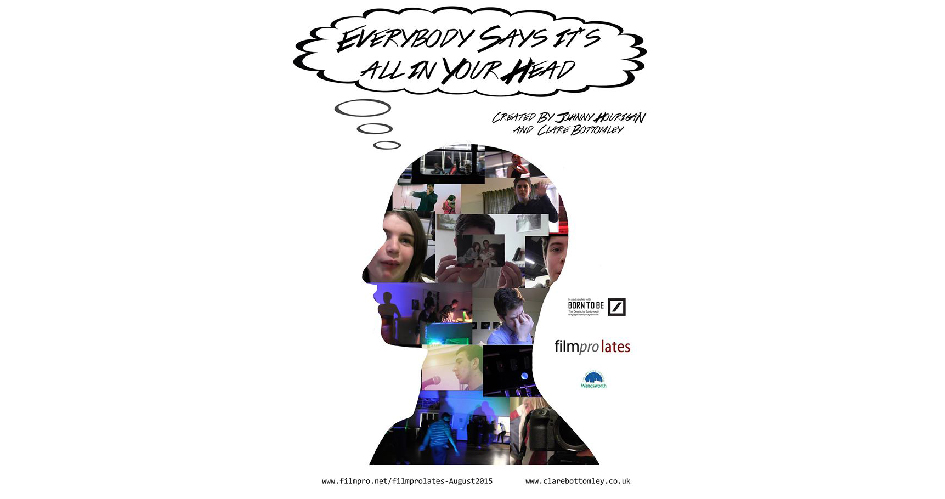 Everybody Says It’s all In Your Head

A premiere screening event with insight into the Director’s processs

filmpro lates proudly hosted this unique film premiere experience, inviting the audience to see into the working processes behind a film that explored Johnny’s life and thoughts through his camera.

An introduction in Johnny’s own words:

“How all of this started?

It was back in October 2013 as I can remember partly during one of my spare days at Euston, Central London. We bought the camera and the price was around approx. £1,500.

We started it as a test; then later I started to experiment with the camera around my area. It took about 9 months of filming aspect parts in Battersea, Dulwich, Tooting and Kingston-Upon-Thames.

All the recordings have been mostly captured in my view of my life with mild Autism and the experience is really like a roller coaster but apart from that, it’s more like you’re filming your view from your head.

When I look back at the memories on my camera, I hardly look at myself because back then, I was more like a teenager wants to be a star. But now as I’m becoming an adult, I felt a bit foolish of looking/watching myself as foolish as I was that person who really wanted some fun.

I never really discussed about my Autism before, I tried but it’s really uncomfortable to talk about my Autism to anyone because I’m really insecure of my personal life and it’s like I’m telling from a book. Until now you saw my life what’s going on and to understand what is like to be me can be a rough roller-coaster ride but overall it’s a risky challenge to take part of the tomorrow’s future role to be yourself.

It’s an understanding of some people like me who have different kind of Autisms; but as far as I can see, I’m the only person on earth who has this mild condition of Autistic Spectrum Disorder (ASD). I don’t know about everyone’s autism, but as far as I’m aware of, they have different types of Autism or disability.

Now that I have been there, I really thought like I said when I look at myself at 16, I was more of a free person to do whatever I want and really want to have some fun and hang out with my friends.

To conclude, everyone has a happy ending story with their point of view but everything they do the moment like this, they’ll never forget one bit of their memory like today.”

About Johnny and Clare

Johnny and Clare met when at a youth club in South London. Clare was a film tutor.

Johnny is now a young man aged 17 on the verge of adulthood facing the knowledge his autism will always make him different from other people.
The participatory aspect of the film takes away the voyeuristic and often exploitative nature that can come with a documentary film about people with autism. Together we have created a film where the gaze isn’t directed at the subject but instead the lens is pointed back at the viewer.
To gain access to the confronting gaze of the film allows the audience a greater understanding of how we view and treat the different or the ‘other’, and in turn prompts us to consider our own relationship to the ideas of differences.