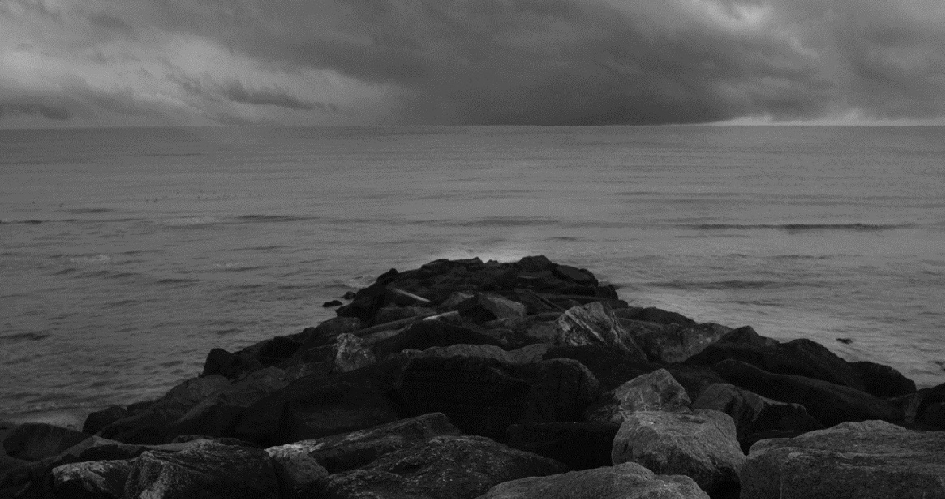 A space for reflection on displacement, where presence manifests itself through absence.

filmprolates presented Flèches Sans Corps / Arrows without Bodies by Juan delGado, a video installation that explores the traumatic experience that many so-called ‘illegal’ immigrants face after having been forced to leave their homeland.

Across Europe, we hear about people who were duped into paying huge sums of money to be smuggled to the West with the promise of a good job and a better life. On arrival, the traffickers have confiscated their passport, while they are forced to live and work in slave-like conditions or prostitution to repay the cost of their travel. The rising death toll of migrants and refugees across the Mediterranean sea speaks for itself.

Unlike the audience of a cinema that remains passive while watching the film, people here that are confronted with this projection must become physically involved. The important aspects of this work are the activation of the space and the way in which meaning results from the symbiotic encounter between the viewer and the artwork. Enter the space, shoes are scattered on the floor. These are the only [physical] remains left. At this point, the shoes assume a metaphorical significance that engages the viewer with those [absent] bodies. They give the chance to attach ourselves to that missing presence.

Juan works across a range of media including video installation and photography. His extensive body of work explores themes of trauma, landscape, disability, dislocation and gender. He has been exhibited both nationally and internationally including at the 2011 Budapest Biennale and the 2013 Istanbul Biennale. Following Fluctuating Fragments, produced on a residency in the West Bank with Artschool Palestine in 2011; Sailing Out of Grain with solo yachtswoman Hilary Lister for London 2012, he was selected for the 2012 BBC Big Screens programme and in 2013 his project The Ringing Forest was shortlisted for the Jerwood Open Forest Commission.