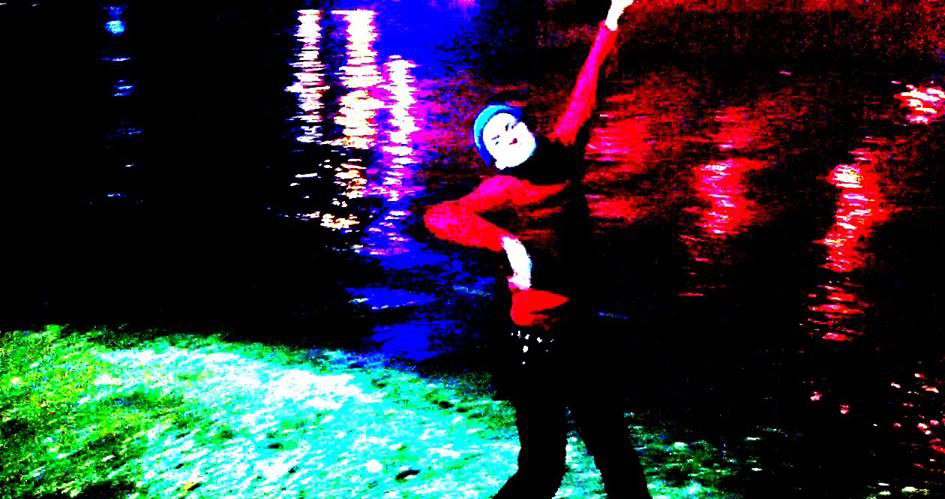 The experimental shorts come out of an ongoing practice that is based in intuition rather than logic.

“I wanted these works to emerge from a daily practice of collecting images and sound, to coalesce organically and intuitively and balance the methodical aspects of my narrative film practice which involve writing, developing, looking for funding, casting, location scouting, etc. These freer works come from mucking around in the studio, in the middle of the night, raking through collections of images and sounds that I have grabbed on the fly, juxtaposing and rearranging. They develop as sketches and exercises.
“What do they have in common with the narrative, logically planned films? That’s for viewers to decide…”

Awake! is a new short narrative film, shot in September 2014. A woman living with MS opens the door to a Jehovah Witness, little suspecting they will spend the day together. They walk in the park, bake a chocolate cake and watch an Ingmar Bergman film. Both of the characters are blind, played by blind actors Alex Bulmer and Margo Cargill in this black comedy.

Michael’s Shorts featured a sneak preview of this new work, currently in post-production, in its first public showing.

Level access was provided from the street entrance to the filmpro studio. The event is suitable for ages 16+.

Films were subtitled and/or printed texts available and audio description available on request.

A writer, director and dramaturg working in film, video and theatre, as well as an access consultant.

His films and videos and have screened at international film festivals and galleries, including Inside Out (Toronto), the Horse Hospital (London), MIX (New York), Entzaubertfest (Berlin) and The Moscow Disablity Film Festival.

His writing has been published in Playwrights Canada’s Perfectly Abnormal: Seven Gay Plays and Written in the Skin: A Poetic Response to AIDS.

His first feature script, Inès, the Sister from Tehuantepec, is in development with YN Films (Canada) and Plural Filmes (Brazil) and he is in post-production with a new short film, Awake!

Read more about Michael on his filmpro profile page