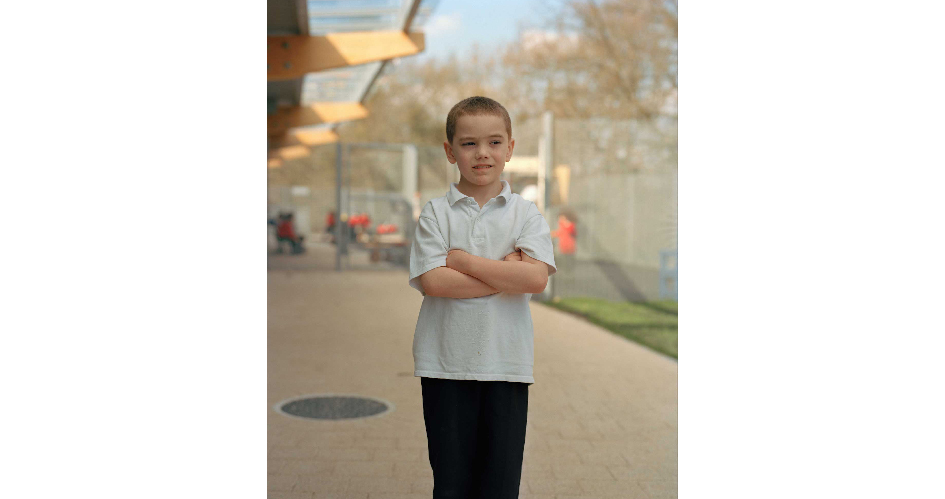 Anything Can Happen, 2009© John McCafferty

John’s work was showcased at the Mayor of London’s Liberty Festival, part of the National Paralympic Day on 30th August 2014.

filmpro was proud to have supported the production of this exhibition.

About the Liberty Festival commission in John’s own words

‘As a tetraplegic wheelchair user my options are somewhat limited but in turn these have given me many opportunities. One such opportunity is to be able to exhibit a selection of portraits from earlier series, including Studio Portraits of the Self, Wheelchair Users At Work and Students in SEN Schools, as a new series.
The purpose of these projects, which has become clearer to me when put together, was to explore, question and photograph the other, in order to reflect on my own abilities and mindset. Development and growth are key aspects in photography practice, and this has been a key personal learning aid to remain determined despite restriction.’

Click on the play icon below to listen to the introduction.

The thought of what it must be like to be disabled had never really crossed my mind but soon became apparent after breaking my neck in July 2003 at the age of 21 in Zakynthos. I later spent two years in a nursing home when a carer invited me to be part of her 6 week participatory degree project. This was my first formal introduction to photography using a basic 35mm film camera with a 5 second timer and what struck me was a new viewpoint, an angle unseen previously. To be able to focus through the singular gave a strange feeling of protection switching off from my surroundings, if only for an instant. Moving out onto University with a DSLR and then to a medium format film camera where I have stayed, as it is the practice I enjoy most. Partly because of the slower process of setting up and also because a lot of sitters are more accommodating of equipment they are not usually familiar with. The people I photograph and portraits taken are of varied themes, some of which come from myself, and others are solely from the sitter. I have a preference for self-initiated projects as it allows me to set and work within my own boundaries.

There are many influences in my life as a photographer whose work and practice has both inspired and guided me to continue forward; they include August Sander, Diane Arbus, Nicholas Nixon, Judith Joy Ross, Mary Ellen Mark, Tom Hunter, Gillain Wearing, Laura Pannack and many more.

Go to the exhibition’s online gallery, view the photos, read and listen to their audio description.